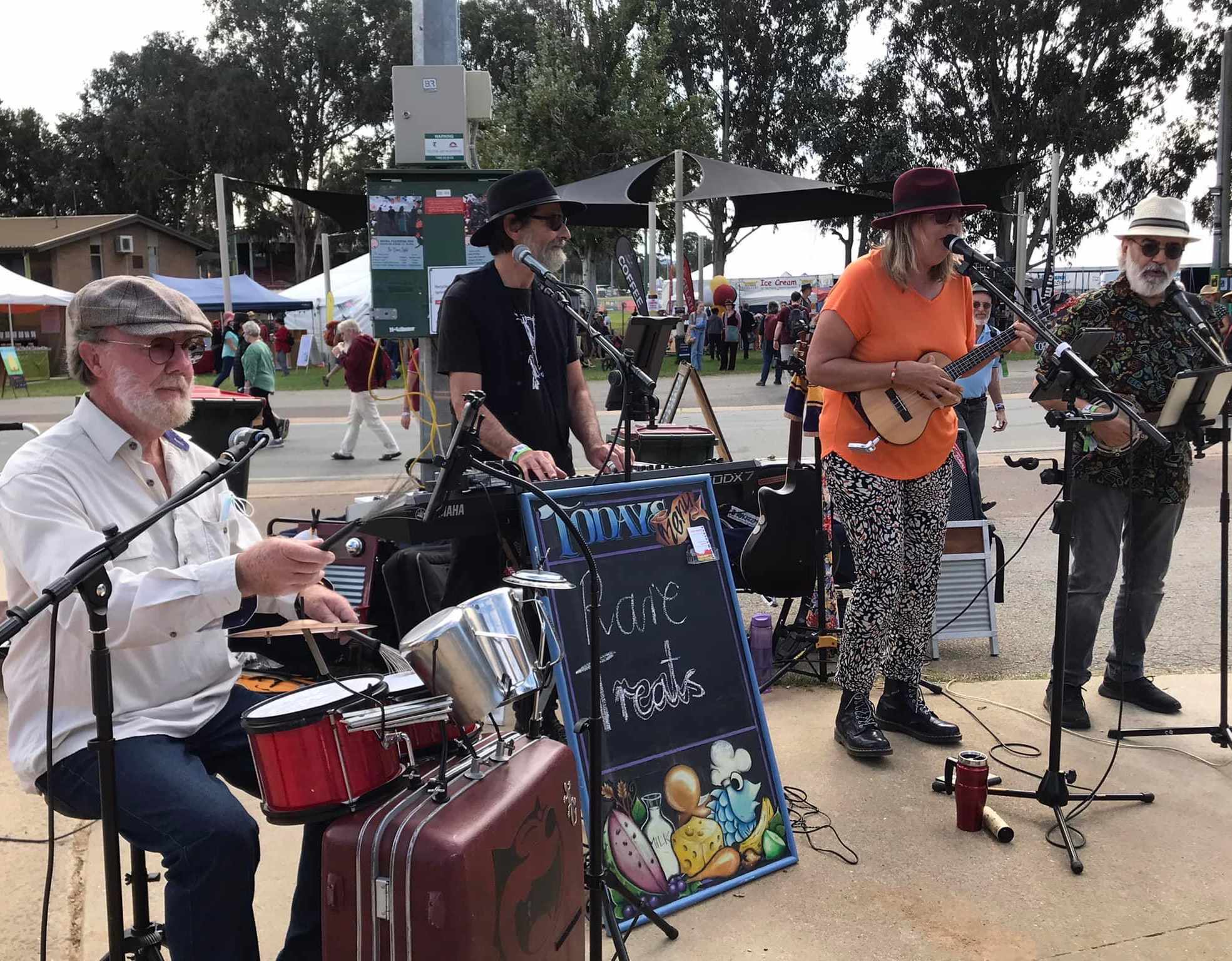 RareTreats is a four piece multi instrumental band, with four part vocal harmonies, performing original and excellent rare songs uncovered. Most of them have been involved with St Albans for quite sometime.

Nerida is a singer songwriter from Central West NSW. Capturing stories in finely crafted lyrics and emotive melodies, she sings from the heart with both a social conscience and a sense of humour.  Visit her web site.