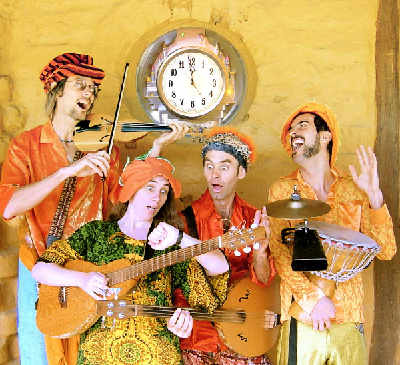 I am really excited about this particular concert because each of the four members of the group is a folk 'star' in their own right.  Totally Gourdgeous is quite properly regarded as an Australian folk 'supergroup'!

Formed in 1998, Totally Gourdgeous are four outrageously diverse singer/songwriter/musicians united under gourd. Indeed, playing instruments made from those woody cucurbits brings their music together to make folk funk philosophy to feed your wildest pumpkin longings. 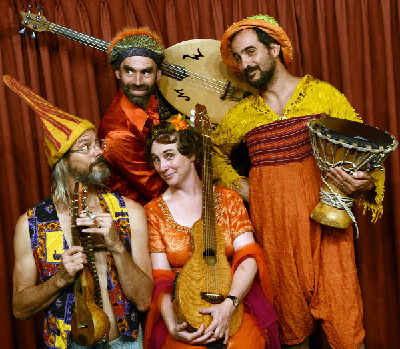 Penelope Swales (guitar), Carl Pannuzzo (drums), Mal Webb (bass, mbira and bugle) and Andrew Clermont (violin, mandolin and guitar) sing songs written by themselves and a few dear friends. Imagine Joni Mitchell and James Brown getting down in Bob Marley's pumpkin patch via the Muppets. Infectious eclectic beauty in the gourdiest of costumes.

All the instruments are hand-made from gourds by Penelope under the guidance of home-grown, world renowned luthier, Jack Spira. They combine to create a manic, organic musical experience - Punning Pathos Heartfelt Hilarity Messages of love, fellowship and environmental sanity.

“The pick of the festival” - Lindsay Pollack 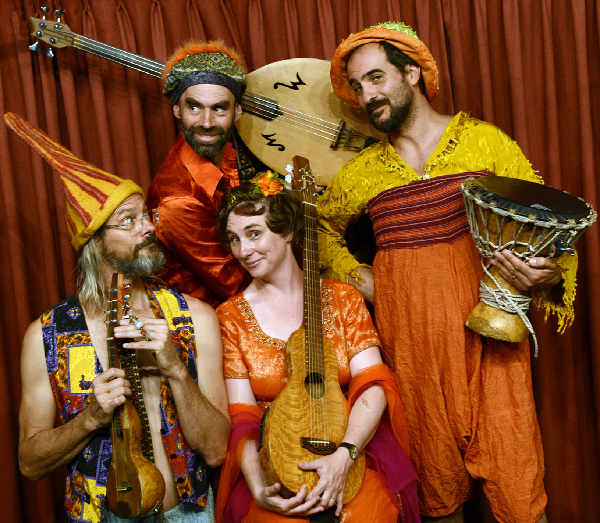 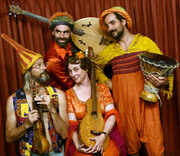 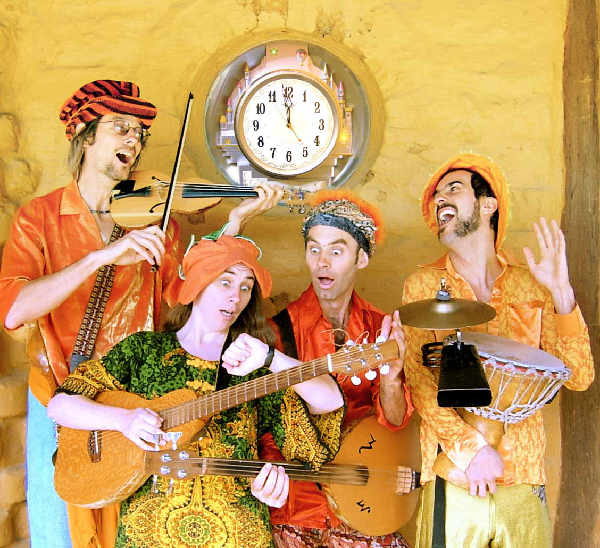 Posted by Marianne & Monique on Aug 23rd, 2016
Once again we enjoyed a simply smashingly (no, I didn't say 'mashingly'...) musical and visual performance at Humph Hall, when the true-to-their-name group, "Totally Gourdgeous", displayed outstanding talent on Sunday afternoon, 21st August. Having seen and listened to the members of the folk group at various National Folk Festivals held over the Easter weekend at Exhibition Park, Canberra, each year, they certainly didn't fail to impress us once again with their collective talent. We particularly recall Mal Webb on one occasion creating a flute out of a carrot, on which he promptly played a delicate tune to the captive audience. Thank you, Gial and Wayne, you overawed us again!